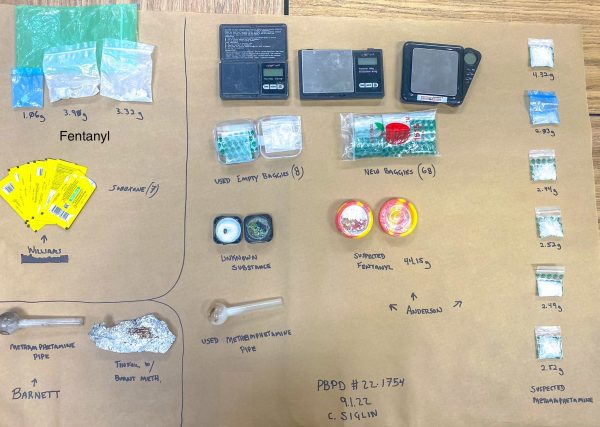 Officers found a stash of drugs inside a vehicle that was being driven on Thursday with two men dangling out both sides of the car while holding up an unsecured television on the roof, according to the Pismo Beach Police Department.

Patrol officers stopped the vehicle after noticing the men dangling out and holding up the television. Officers searched the vehicle and found a lockbox with 44.15 grams of a substance suspected to be fentanyl, as well as several pre-measured bags of what is believed to be methamphetamine, police say.