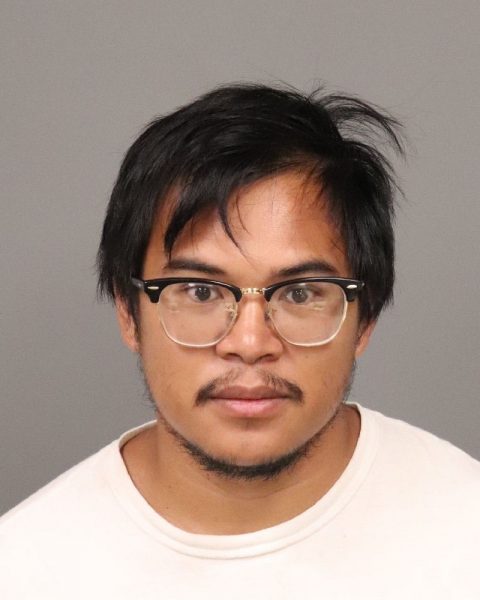 A 29-year-old Cambria man is in jail after he allegedly broke into several homes, stole items and attempted to sexually assault a woman on Sunday.

On Saturday, a couple walked into their home on the 2400 block of Banbury Road in Cambria to find John Michael Ludwick inside. The couple confronted Ludwick, who left.

Ludwick returned the next day at 11:30 a.m., and the couple again told him to leave.

Also on Sunday, Ludwick allegedly broke into a home on the 2400 block of Wilcombe Road in Cambria, where he stole a credit card and a car. He returned at about 4 p.m., allegedly to return the car and credit card, and was standing in the living room when a female resident encountered him.

Ludwick  grabbed the resident, and made a sexually explicit statement. The victim was able to run out of the house and to a neighbor’s residence. Ludwick appeared to follow the victim, but then turned away.

Deputies arrested and booked Ludwick in the San Luis Obispo County Jail on charges of assault to commit rape, two counts of burglary, driving a car without consent, receiving stolen property and use of an access card unlawfully obtained. He remains in jail in lieu of $500,000 bail.

Investigators are asking anyone with information about additional unreported incidents with Ludwick, as well as any surveillance footage taken over the weekend, to contact the SLO County Sheriff’s Detective Division at (805) 781-4500.