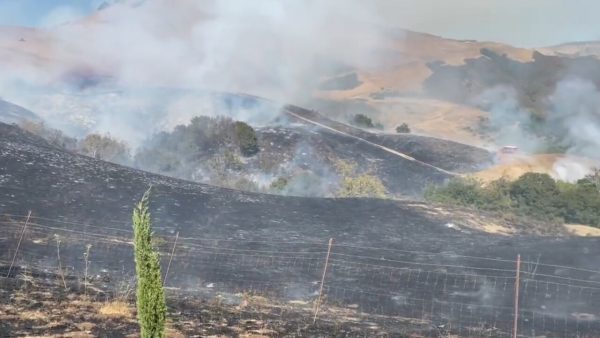 A brush fire burning near Cambria, dubbed the Rosa Fire, has burned 16 acres and is 40% contained.

First reported shorty after 2 p.m. on Tuesday, the fire was moving uphill at a moderate rate. Cal Fire reported the blaze could potentially burn 100 acres.

Firefighters have now contained the blaze within gravel or dirt roads and fire retardant.

The aircrafts which were dropping retardant have been released, and an investigator is on the scene.