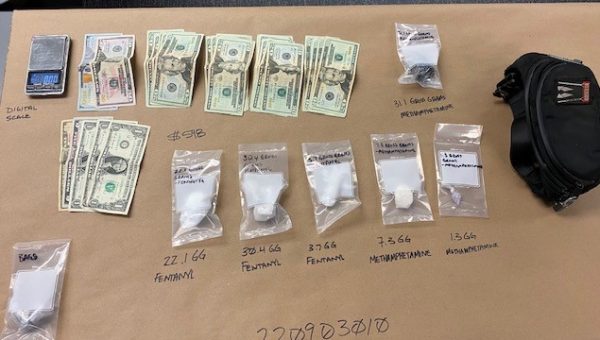 San Luis Obispo police officers arrested a man and woman for drug offenses after being alerted to a car alarm going off early Saturday morning.

A 911 caller reported a car alarm going off in the 1500 block of Calle Joaquin. Officers located the vehicle and contacted the individuals inside, whom they identified as Kevin McElearney and Gloria Flores.

McElearney is on probation with search terms and was found to have a felony warrant, according to the San Luis Obispo Police Department. Officers searched the car, as well as the pockets of McElearney and Flores, and found substances believed to be fentanyl and methamphetamine, as well as cash, a digital scale and paraphernalia.