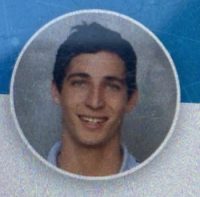 The search for a hiker who went missing near Gaviota Peak during intense heat on Sunday is still ongoing nearly five days later. [KCOY]

Tim Sgrignoli, 29, o Ventura went missing after his girlfriend showed signs of heat exhaustion on the way down Trespass Trail from Gaviota Peak. Sgrignoli, who had hiked the trail before, left her to get help and water. He gave his girlfriend the phone they were sharing on the trail and pinged her location to a phone they left in their car at the trailhead.

Sgrignoli’s girlfriend used the phone he left her to call for help. At about 2 p.m., a Santa Barbara County helicopter airlifted her off the mountain. Crews hoisted her to safety before realizing Sgrignoli was missing.

Sheriff’s Commander Erik Raney said the the Santa Barbara County Volunteer Search and Rescue Team is conducting an all-out search for Sgrignoli, with assistance from other jurisdictions that have sent search and rescue teams. Authorities still hope to find Sgrignoli alive.

Dianne Sgrignoli-Cullimore, Sgrignoli’s mother, put out a call for help on social media. Dozens of volunteers, including relatives and friends of Sgrignoli, have since joined the search.

Sgrignoli moved to California from Florida with his girlfriend. Sgrignoli was a high school valedictorian, and he attended the University of Florida, his mother said.