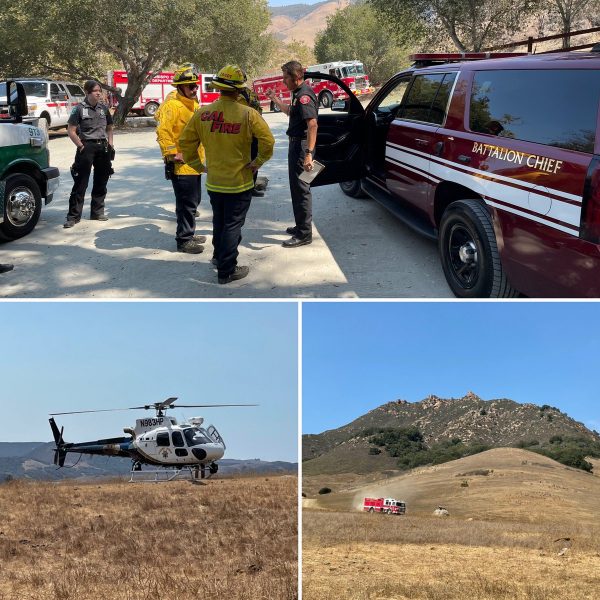 Emergency personnel mounted two rescue efforts on trails around San Luis Obispo on Thursday following a pair of 911 calls about hikers in distress. One call resulted in a hiker being airlifted off a trail.

First at 11:53 a.m., hikers in Reservoir Canyon call 911. Then, at 1:22 p.m., authorities received a call about a distressed hiker on Bishop Peak, according to Cal Fire.

The Tribune reports a woman in her 60s had water and a hiking partner, but she became exhausted from the heat and could not complete the Reservoir Canyon Trail. After the individuals called 911, firefighters located the woman on the trail, and a CHP helicopter airlifted her to an ambulance at the trailhead. The ambulance transported her to Sierra Vista Regional Medical Center where she received treatment for heat stress.

In the Bishop Peak incident, a hiker texted a friend while he was on the mountain that he could be suffering from heat exhaustion. After 20 minutes, the hiker and the friend lost communication.

The friend then called 911, alerting fire personnel that the hiker might need medical attention on the trail. The CHP helicopter circled Bishop Peak but could not find anyone on the trail.

Crews eventually found the hiker at the trailhead completing the hike. The hiker confirmed he texted his friend about heat exhaustion, but said he felt better and managed to finish the hike. He did not need medical attention.

“Remember to hydrate days in advance of a planned hike and hike early in the morning,” Cal Fire SLO stated in a tweet. “Consider time of day, weather and personal limitations. Stay safe!”