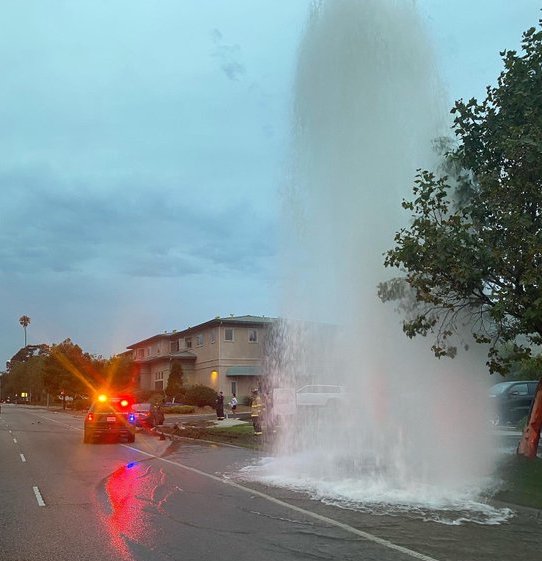 A driver slammed into a fire hydrant and a light pole in San Luis Obispo Saturday morning.

At about 6:30 p.m., a caller reported a driver had crashed a black sedan on Broad Street near the Cole car dealership, according to the San Luis Obispo Police Department. The collision caused the fire hydrant to burst, sending water gushing into the air and onto the street.

Neither drugs, nor alcohol are suspected to have been factors in the crash, police say. The driver emerged from the crash uninjured. 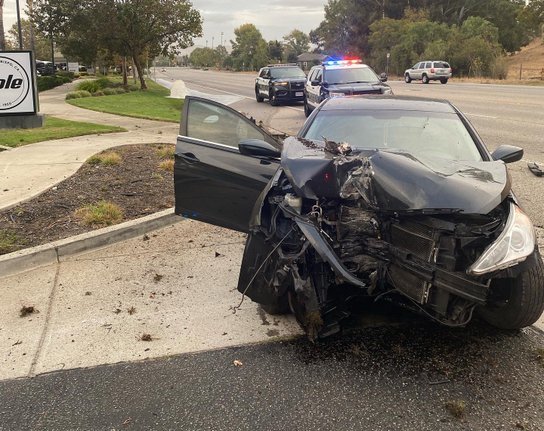