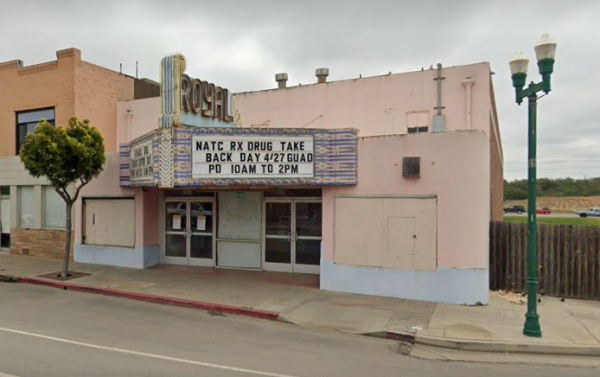 The city of Guadalupe was awarded a $4.9 million federal grant to renovate its historic movie theater and to construct a performing arts center, an outdoor amphitheater, and public plaza on the adjoining lots, the U.S. Department of Commerce, the Economic Development Administration announced Tuesday.

Built in 1939, the Royal Theatre is listed on the National Register of Historic Places. For 50 years, it operated as a movie theater. Following its 1989 closure, the building was intermittently used for a variety of purposes including a performing arts theater and public meeting space.

Then in 2011, the building was red tagged because of a minor interior electrical fire.

The city, which owns the property, plans to renovate the theatre to California Historic Codes. Next to the theatre, the city plans to construct a 5,000 square-foot, three story, performing arts center building that would connect to the theatre.

Planned amenities include a green room, classrooms, an industrial kitchen and meeting spaces. The south side of the theatre would have an outdoor amphitheater, a public plaza next to the theatre, and parking in the back of the building.