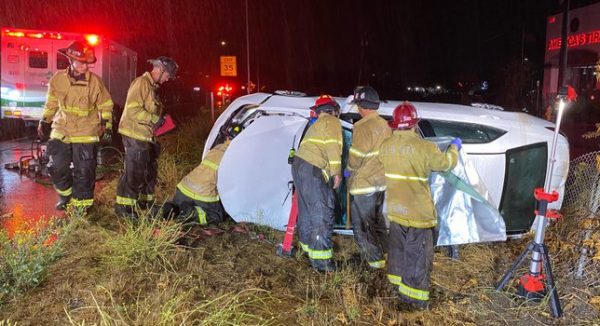 Shortly after midnight, a caller reported the crash between Los Osos Valley and Madonna roads, according to the San Luis Obispo Fire Department. The car came to a rest on its side and against a fence, across the street from Motel 6.

An ambulance transported the two injured individuals to a local hospital. Their condition is unclear. 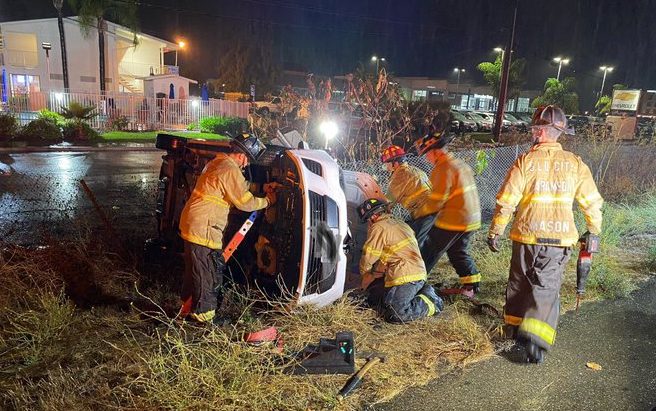