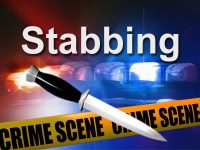 Just before midnight, a caller reported an assault in the 700 block of E. Betteravia Road, according to the Santa Maria Police Department. Officers arrived at the scene and found a 51-year-old Santa Maria man who had been assaulted and had suffered major injuries.

An ambulance transported the man to Marian Regional Medical Center, where shortly afterwards, he succumbed to his injuries. Authorities are withholding the victim’s identity while notifying relatives.

Police have not made an arrest in the case.

The police department is asking anyone who may have been in the area at the time of the stabbing or witnessed the events to contact Detective Woessner at (805) 928-3781 ext. 1929.