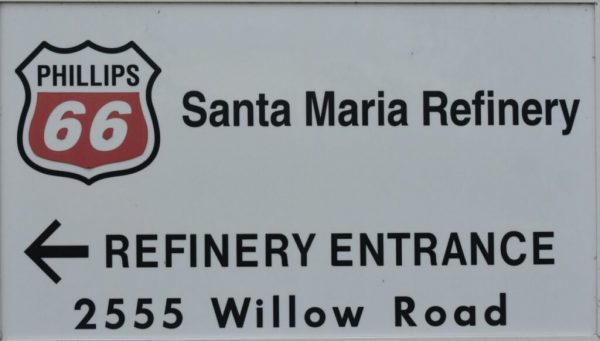 Phillips 66 on Friday announced plans to shut its refinery in Nipomo during the first quarter of 2023.

For more than 60 years, the 1,780-acre Santa Maria Refinery next to Highway 1 on the Nipomo Mesa has processed crude oil. Only about 200 acres is used for refinery purposes. The remaining approximately 1,600 acres is grazed by cattle, held as open space or used as a preservation area for wildlife in the Nipomo Dunes.

The refinery currently enlists 78 employees and 53 contractors. Phillips 66 is offering those losing their jobs employment at their other locations.

For more than a decade, Phillips 66 attempted to expand its refinery in Nipomo. Then in 2017, the SLO County Board of Supervisors voted 3-1 to shoot down Phillips 66’s proposed rail spur project.

Phillips 66 wanted to build a rail spur so that crude oil delivered by pipeline could be transported to the Nipomo Mesa refinery by train. The proposed project faced fierce opposition from local residents, as well as environmental activists.

The plan was for a maximum of 150 trains a year to pass through SLO County to the Mesa refinery. Each train would consist of up to 80 railcars, which could each transport about 27,300 gallons of oil.

Then in May, Phillips 66 made a decision to convert its San Francisco Refinery in Rodeo, Calif. into one of the world’s largest renewable fuels facilities, an action related to the shutdown of the refinery in Nipomo. The Rodeo facility will no longer process crude oil and instead use waste oils, fats, greases and vegetable oils to produce an initial 800 million gallons per year of renewable transportation fuels, including renewable diesel, renewable gasoline and sustainable aviation fuel.

“Phillips 66 has been honored to be a valued part of this community and we will continue to be an excellent neighbor as we decommission and demolish the refinery, as well as continue with our environmental remediation activities,” Phillips 66 said in its announcement. “You can learn more about the project and its timeline here.”