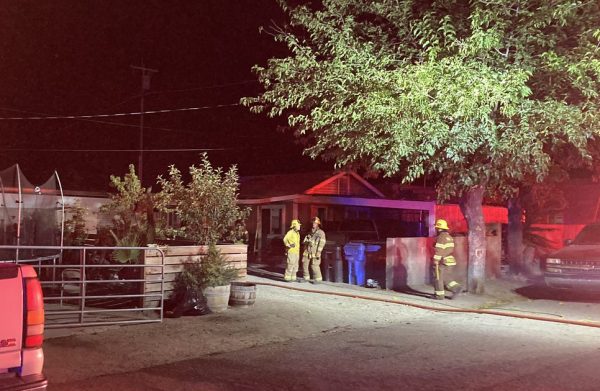 A dog was killed in a house fire in Paso Robles on Tuesday evening.

Shortly after 7 p.m., a caller reported a fire at a single-family home at 730 23rd Street, according to the Paso Robles fire department. Firefighters arrived at the house and found light smoke coming from the front door. They contained the blaze to one bedroom, but the fire caused significant smoke damage throughout the home.

After finding the dog, firefighters attempted to resuscitate it, but did not succeed. There were no smoke detectors in the house fire officials say.

Cal Fire personnel assisted Paso Robles firefighters with extinguishing the blaze. A total of 13 firefighters were involved in the response.