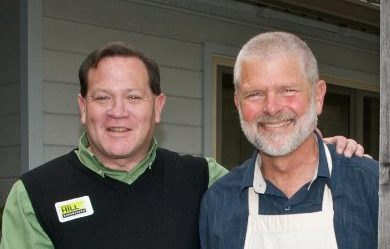 The campaign for San Luis Obispo County Supervisor Bruce Gibson lashed out at former Grover Beach Mayor Debbie Peterson over her book about corruption in the county in a campaign Facebook post rife with misinformation.

Gibson’s campaign refers to Peterson as an “attention-seeking author of a narcissistic and fanciful tale devoid of hard facts – a rambling yarn of insinuation, misrepresentation and fabrication,” before asking supporters to donate to Gibson’s campaign. Tom Fulks, Gibson’s campaign manager, also claims Peterson was “voted out of office.”

However, Peterson resigned from the Grover Beach City Council in 2019 because of allegations of corruption related to the local marijuana industry.

After nine years on the council, Peterson said she could no longer be part of the city’s “pay-to-play insiders game.” At the time, Peterson voiced her concerns over allegations that some council members accepted bribes for their votes on cannabis retail store permits.

“I cannot betray the trust of those who elected me by looking the other way to avoid rocking the boat,” Peterson said at the time. “Doing so, just to get along, is complicit and would make me as guilty as those who commit the evil, or those who choose to wear a blindfold. Every council member’s first duty is to the people, to take bold action when there is no other viable option.”

Peterson’s book, “The Happiest Corruption: Sleaze, Lies, & Suicide in a California Beach Town,” details the threats, bullying and underhanded actions of former SLO County Supervisor Adam Hill and a group of politicians, consultants and businessmen tied to the cannabis industry.

For example, in her book Peterson describes a threat Fulks made to film and follow her if she attended a Coalition of Labor Agriculture and Business (COLAB) banquet, which Fulks falsely alleged was related to the Ku Klux Klan.

Gibson’s campaign claims the book is about the “tragic suicide of a troubled friend.” However, Hill’s death is mentioned on only two to three pages of a more than 400 page book.

Gibson and Hill were close friends and politically aligned. They worked together to promote an unfettered cannabis industry, while Hill was accepting bribes from marijuana mogul Helios Dayspring.

In 2019 and 2020, the FBI raided the homes of Hill, Dayspring, a Grover Beach mayor and a former chair of the SLO County Democratic Central Committee. The feds also raided Hill’s office in the SLO County Government Center.

Under a corruption investigation and accused of sexual misconduct with an underling, in 2020 Hill committed suicide.

In 2021, Dayspring admitted to paying thousands of dollars in bribes to Hill for favorable votes on his cannabis business interests. Prosecutors described bribes Dayspring paid Hill, including money orders Hill put in his personal bank account, in court records. Dayspring is currently serving a 22-month sentence in the Federal Correctional Institution in Mendota.

Peterson, a Democrat, is speaking at an event in rural Pismo Beach on Friday, dubbed “Exposing SLO County Corruption.” Proceeds from the event will go to support Gibson’s rival, Dr. Bruce Jones.

Following the allegations from Gibson’s campaign that Peterson and Jones are attempting to profit from his friend’s death by promoting a tale of bullying, threats and corruption, at least four additional speakers have been asked to share their knowledge of county corruption and bullying at the event including a CalCoastNews reporter.