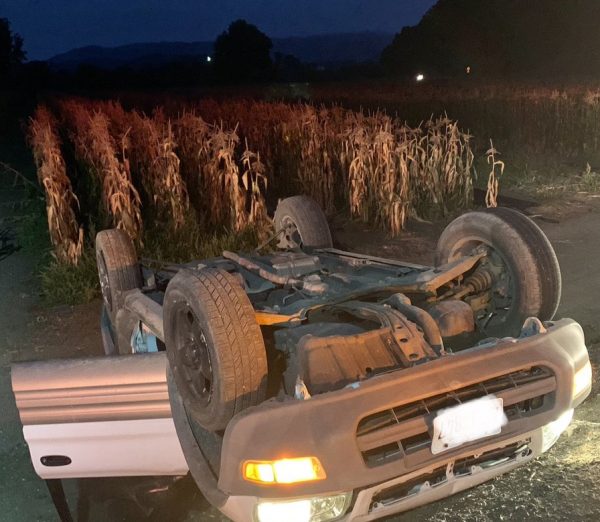 A vehicle crashed and overturned on the edge of a cornfield around the Arroyo Grande city limits Sunday morning.

Shortly after 6 a.m., a caller reported the crash in the 1400 block of Branch Mill Road. The driver managed to get out of the vehicle following the crash and refused ambulance transport, according to the Five Cities Fire Authority.

No one else was inside the vehicle at the time of the crash. It is unclear what caused the driver to lose control of their vehicle.