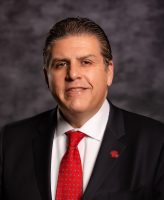 Former California State University Chancellor Joseph Castro, who resigned amid outcry over his handling of sexual harassment allegations against another administrator, is expected to begin teaching at Cal Poly next spring. [Mustang News]

The former CSU chancellor, who previously served as Fresno State’s president, repeatedly chose not to discipline Lamas, despite the Central Valley university receiving at least a dozen sexual harassment, bullying and retaliation complaints against him over a period of six years. Castro knew of at least seven of the complaints, yet he praised Lamas publicly, wrote him glowing performance evaluations and endorsed him for a prestigious lifetime award that the administrator ended up winning.

After Fresno State launched a Title IX investigation into Lamas, Castro chose to settle the matter without disciplinary action. In an Aug. 2020 settlement, Castro authorized a $260,000 payment from Fresno State to Lamas, along with a clean record in exchange for Lamas’s retirement. Though the settlement banned Lamas from working for the CSU system again, Castro agreed to write him a letter of recommendation to help him find work elsewhere.

The ex-chancellor is expected to be reinstated as a CSU employee on Feb. 18, 2023. He will then begin a full teaching assignment in April. Castro will teach leadership and public policy in the College of Business’s management, human resources and information systems concentration.

Castro’s retreat rights to Cal Poly were established in Sept. 2020 in accordance with the standard process of naming a new CSU chancellor. Cal Poly is mandated to grant the faculty position to Castro, university spokesman Matt Lazier said.