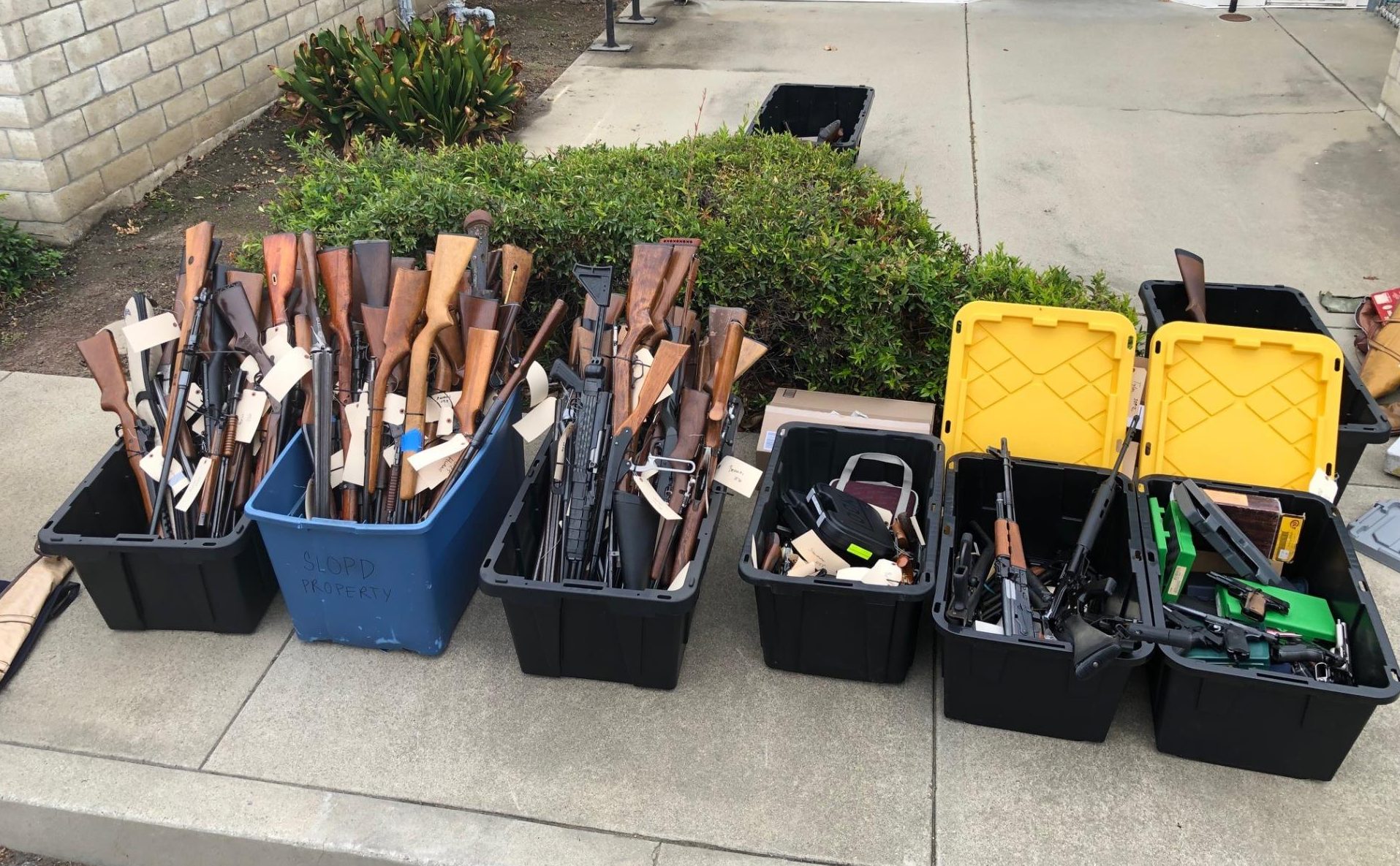 Local residents turned in a total of 202 firearms on Saturday during the San Luis Obispo Police Department’s inaugural “Groceries for Guns” event.

Half of the guns residents turned in were rifles and shotguns. Of the other 101 firearms, 95 were handguns and six were assault-style rifles, police say.

“In speaking with many of those who brought in unwanted weapons, most had mentioned they had been ‘laying around’ and wanted to responsibly dispose of them,” Police Chief Rick Scott said in a statement. “This was the exact purpose of the program, to give our community members a resource to dispose of unwanted firearms. We know the people that turned these guns in are not the kind of people who would use a weapon to harm another, but they are most likely to not effectively store or take care of these weapons as they need to be to keep them from falling into the hands of someone who will use it in a crime.”

Anyone else who would like to turn in unwanted guns to SLOPD can contact the department’s property office at (805) 781-7360 in order to make an appointment.