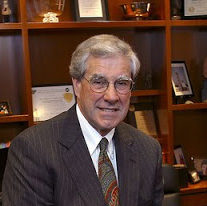 Former Cal Poly President Warren Baker, who led the university for three decades, has died. He was 84 years old.

Baker passed away on Friday.

Baker retired in 2010, after 31 years at the helm. He was Cal Poly’s eighth president.

“The Cal Poly community has lost a true champion of Learn by Doing and a leader who helped architect what our university is today — a campus in high demand among California’s and the nation’s best and brightest students and a producer of thousands of Day-One-ready graduates poised to address the world’s most pressing problems,” said Cal Poly President Jeffrey D. Armstrong. “While we are tremendously saddened by the passing of Warren Baker, we are so grateful for the 31 years of leadership he provided to Cal Poly.”