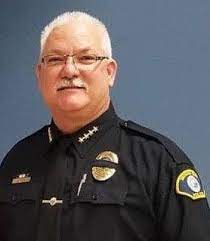 After more than 34 years in law enforcement, Morro Bay Chief of Police Jody Cox announced on Monday that he plans to retire in December. Haley has served as Morro Bay’s police chief for four years.

“Jody embodies leadership,” said City Manager Scott Collins. “He took command of the Morro Bay Police Department at a very important time, as law enforcement was experiencing radical change as a profession. We will miss him, and we wish him all the best in the next chapter of his life.”

His resignation will be effective on Dec. 31.

“The last ten years here in Morro Bay have been the highlight of my career, because of the people, the community, and especially my team at the PD and the city staff,” Cox said. “As for my immediate future plans, I look forward to spending a lot more time with family, building in my woodshop and a little more time cruising the coast on my motorcycle.”

The city manager will select a new police chief.