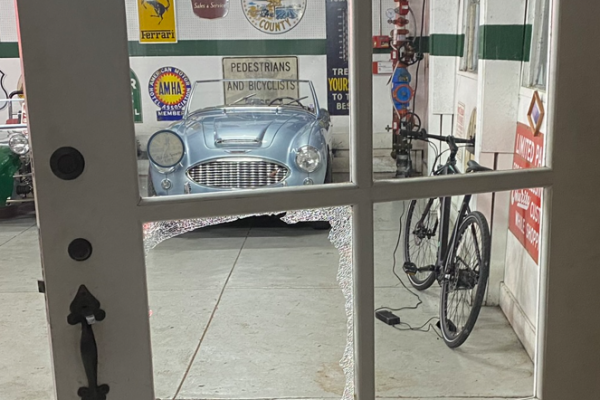 San Luis Obispo police officers have arrested a 34-year-old man who allegedly broke into a repair shop and stole a car on Sunday, and then crashed the car on Monday.

Shortly before midnight on Oct. 9, SLO officers responded to a burglary alarm activated at British Sports Cars, a car sales and repair shop on the 600 block of Marsh Street. Officers arrived to find the front window of the business had been broken out and a vehicle had been stolen and driven out through a garage door.

During the early hours of Oct. 10, a caller reported a single vehicle collision near the intersection of California and Marsh streets. Officers arrived to find the car stolen several hours earlier from British Sports Cars.

Nearby, officers found Jeffrey Thomas Lincoln from Portland hiding in the front yard of a residence. Officers booked Lincoln in the San Luis Obispo County Jail on charges of possession of a stolen car, commercial burglary, car theft and vandalism. He remains in jail with his bail set at $20,000.