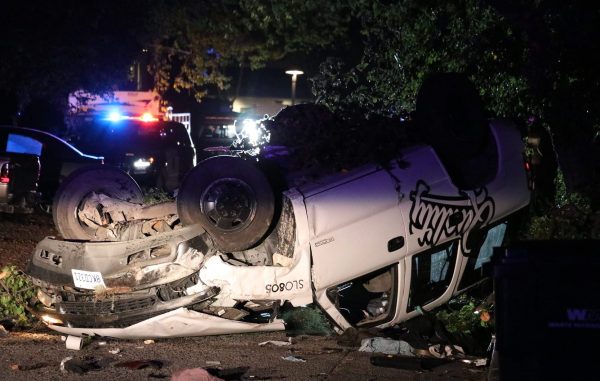 San Luis Obispo County Sheriff’s deputies are searching for a suspect who led authorities on a brief chase in Atascadero Monday night, ending with a rollover crash, yet managed to flee and evade capture.

The suspect was allegedly driving a stolen SUV. Deputies chased the driver to the 8300 block of Amapoa Avenue, where he crashed the SUV at approximately 10:48 p.m.

Despite the SUV rolling over, the suspect managed to exit the vehicle and flee by foot. Deputies converged on the area and searched for the suspect but did not find him.

Authorities temporarily instructed nearby residents to shelter in place.