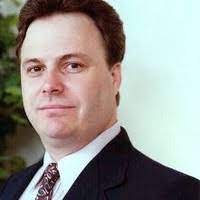 A federal judge sentenced a Santa Barbara man who stole approxamtly $14 million from victims in an eight-year-long Ponzi scheme, failed to pay over $3 million in taxes and hid money in a bank accounts in Monaco to 133 months in federal prison.

In addition, U.S. District Judge Stanley Blumenfeld Jr. ordered Darrell Arnold Aviss, 64, to pay $ 14,486,169 in restitution and to forfeit his interest in a Santa Barbara home worth approximately $4 million.

During a hearing on Tuesday, Judge Blumenfeld described Aviss as “cruel, callous and self-absorbed” before adding, “the devastation in this case is real.”

On June 28, Aviss pleaded guilty to 21 felonies: five counts of wire fraud, one count of money laundering, five counts of engaging in monetary transactions in criminally derived property over $10,000, three counts of tax evasion, six counts of willful failure to report foreign bank and financial accounts, and one count of aggravated identity theft.

Aviss ran his Ponzi scheme from at least 2012 through the summer of 2020, soliciting money from people who wanted to purchase annuities from insurance companies based in Switzerland. Aviss claimed the Swiss annuities he offered were safe and secure, and, in some instances, he told victims the annuities would pay interest rates ranging from 5% to 7%.

But Aviss did not use the victims’ money to purchase annuities, even though he arranged for the victims to receive fabricated statements showing the purported value of the annuities, which the false documents showed were increasing over time.

Victims, most of whom were over the age of 60, gave Aviss more than $14 million, with most of that money coming from just one victim. Some money was paid back to victims to keep the scheme running.

Instead of purchasing annuities, Aviss used the victims’ money for his own purposes and to support his lavish lifestyle. He used the money for, among other things, Ponzi payments to victims, mortgage payments, luxury car leases, expensive watches, trips to Monaco, more than $170,000 in purchases at a Santa Barbara nightclub, and 20 tickets to a U2 concert and after-party.

One victim lost more than $9.7 million in Aviss’ Ponzi scheme. Aviss stole $400,000 from another victim whom he knew recently had been diagnosed with cancer, according to the prosecution’s sentencing memorandum.

“Aviss has essentially been living a life of pure crime for about a decade,” prosecutors wrote in a sentencing memorandum. “Based on the financial records and his statements to the probation officer, Aviss has had no source of money – no real job – since at least 2012, apart from the money he stole from the victims, including retirees who denied themselves luxuries to save up the nest eggs Aviss stole.”

Aviss also defrauded the United States by failing to file tax returns for 2014, 2015 and 2016 and failing to pay any income taxes for those years. Aviss evaded paying more than $3 million in income taxes.

The FBI and IRS Criminal Investigation conducted the investigation into Aviss’ Ponzi scheme and tax fraud.