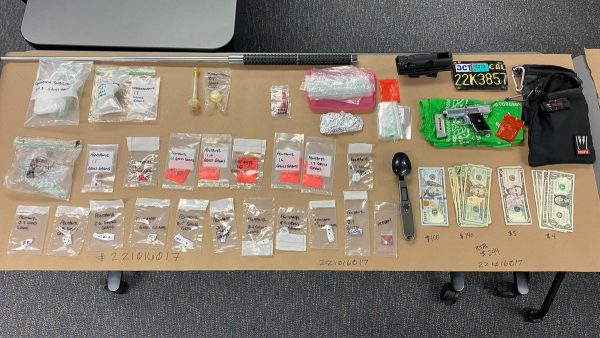 San Luis Obispo police arrested a felon over the weekend on a variety of charges, including drug and firearm offenses, after an officer noticed an improper license plate on the suspect’s motorcycle.

Early Sunday morning, Officer Peck determined a Suzuki motorcycle parked at a gas station on Santa Rosa Street had a license plate registered to a Harley Davidson. Peck then contacted Khalif Greene, the owner of the motorcycle, according to police.

Greene told the officer he was using a plate that belonged to a friend because he had not yet received the registration tab for the motorcycle, and he did not want to get pulled over while learning to ride.

Police arrested Greene for the false plate and searched the backpack he was wearing. Officers located methamphetamine, fentanyl, a handgun, ammunition and a collapsible baton. 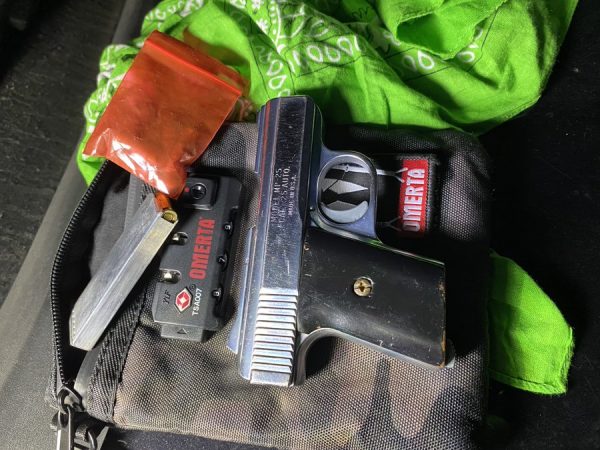