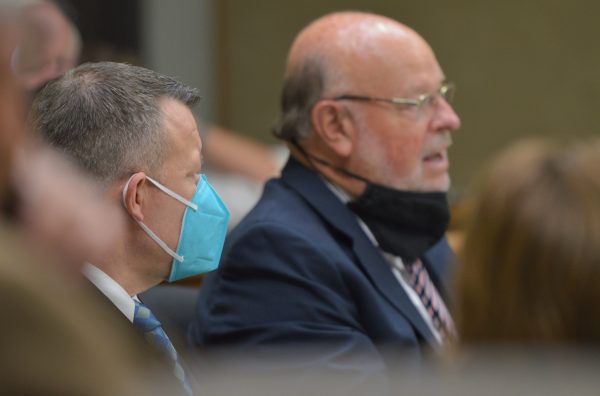 The attorney for Paul Flores has requested a mistrial nine times, the latest over claims members of the prosecution team acted inappropriately in front of the jury.

Sanger voiced concern that the alleged hugging, which he called “extremely inappropriate,” could sway jurors to a guilty verdict.

Peuvrelle later informed the court that neither he nor Camp had hugged a member of the Smart family.

Sanger agreed, pointing out the expressions of support were given by Cole, Parkinson and the victim witness coordinator.