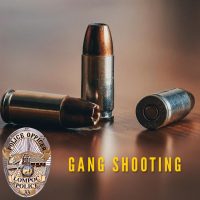 Lompoc police detectives have arrested a second teen for a murder committed earlier this year in the Santa Barbara County city.

Early in the morning of Feb. 19, Maurilio Delacruz was shot and killed in the 1100 block of N. H Street, according to the Lompoc Police Department. On March 30, Lompoc detectives arrested 18-year-old Jorge Tafoya Jr. for the murder.

Then on Tuesday, detectives arrested a 17-year-old male for murder and participation in a criminal street gang for his role in the shooting death of Delacruz. The juvenile suspect was already in custody for an unrelated charge. Authorities rebooked him in Santa Maria Juvenile Hall on the new charges.