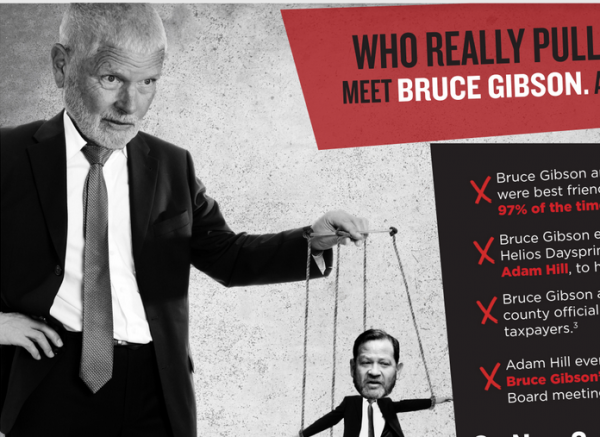 The gloves are off in San Luis Obispo County’s District 2 supervisor race. Negative Bruce Gibson ads are flooding the airways and filling up mailboxes, with the county’s top prosecutor putting in $25,000 in an attempt to boot Gibson from office.

In the latest round, Gibson threw the first punch with a negative flyer suggesting Jones is a Trumper and dishonest. The flyer, which includes a photo of Trump, accuses Jones of putting out false information about Gibson’s views on Prop 13. The flier also accuses Jones of not knowing how government works. 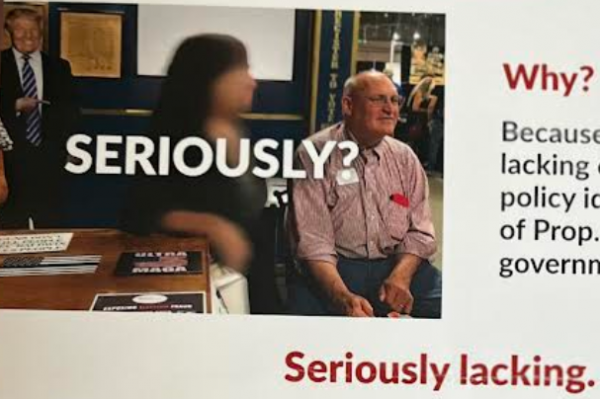 A group of Jones supporters then donated nearly $90,000 to two PAC’s that oppose Gibson’s reelection.

Ads detailing Gibson’s votes to cut the sheriff’s department budget by nearly $1 million, not to fund additional deputies and against a new sheriff’s substation are flooding the online advertising market. The ads, funded by a pro-law enforcement PAC, Back the Badge, ask viewers to vote Gibson out of office because he is “against our local cops.”

Last week, SLO County District Attorney Dan Dow donated $25,000 to Back the Badge from his Dan Dow for District Attorney 2022 campaign account, which then spent $30,000 on online ads asking people not to vote for Gibson.

“After speaking at the Board of Supervisors for over 10 years – and seeing first hand the rude behavior, threats and demeaning outbursts – it’s time for Bruce Gibson to go,” Grewal said. “He doesn’t know what being a public servant means.”