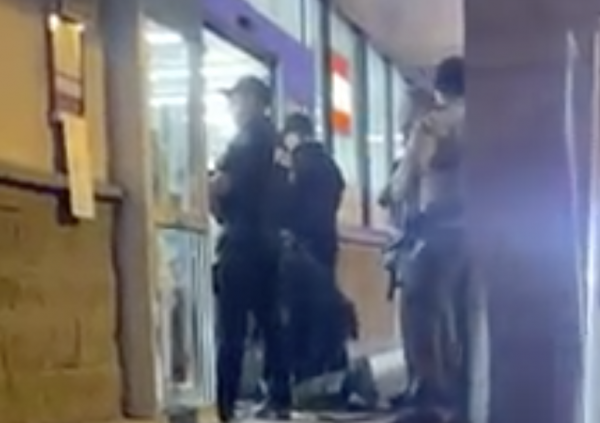 Paso Robles police officers are searching for a man who robbed a CVS store at knifepoint Tuesday night and then managed to evade capture.

At about 9:45 p.m., a man dressed in all black and wearing a ski mask entered the CVS at 187 Niblick Road and immediately demanded money from the cashier. The robber brandished a knife and threatened the cashier, according to the Paso Robles Police Department.

The suspect managed to get a small amount of money from the cash register. He then fled to the rear of the business.

Police officers arrived at the store within one minute of receiving a 911 call and began escorting customers and employees out of harm’s way. Officers received information that the suspect may still be inside the CVS.

The police department requested the SLO County Sheriff’s K-9 unit come and assist with the search of the store. Authorities conducted an extensive search of the building, but they did not manage to locate the robber.

Video footage circulating on social media shows a police officer walking down an aisle, searching the store. Additionally, officers and sheriff’s deputies can be seen standing at the entrance to CVS, with someone apparently calling out commands.

Investigators later determined the suspect fled out the rear door of the store before officers arrived at the scene.

An investigation into the robbery is ongoing. Officers are asking anyone who has information about the case to call the Paso Robles Police Department at (805) 237-6464 or Crime Stoppers at (805) 549-STOP.