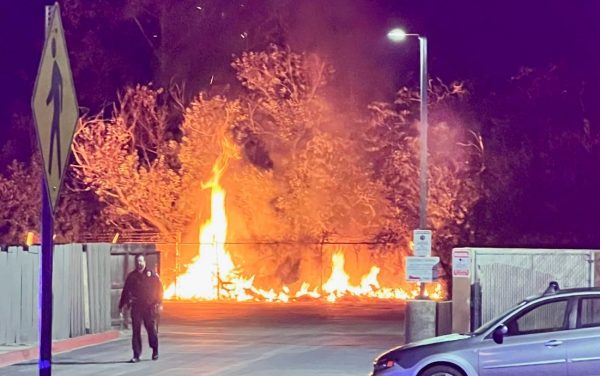 Shortly before midnight, a caller reported a commercial fire at 952 Higuera Street, according to Cal Fire. Sandwich shop Urbane Cafe is located at that address. The blaze burned for just minutes.

Then at about 1:30 a.m., a caller reported a small brush fire burning in the 500 block of Higuera Street, according to the San Luis Obispo Police Department. San Luis Obispo firefighters arrived at the scene and extinguished the blaze.

Homeless individuals often camp around where the brush fire occurred. The cause of the blaze has yet to be determined, police said.