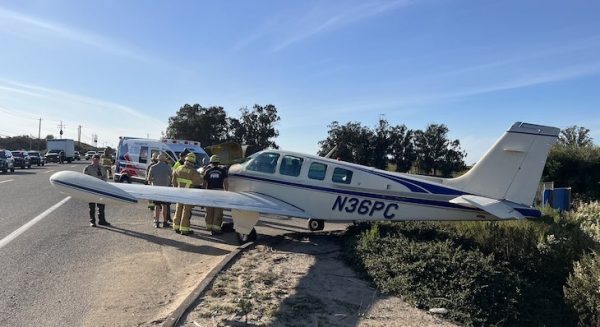 A plane en route from Van Nuys to San Luis Obispo made an emergency landing in Santa Maria on Saturday after experiencing mechanical failure and hitting a power line.

Shortly after 4 p.m., the single engine Beechcraft Bonanza plane began having mechanical issues and the pilot decided to divert to the Santa Maria Airport. However, the plane hit a power line and the pilot was forced to make an emergency landing on the 2600 block of Clark Road, about five miles from the airport.

The pilot successfully avoided hinting vehicles on the roadway during the landing.

Four Corners Towing removed the airplane from the roadway, with a CHP escort, according to the CHP website.