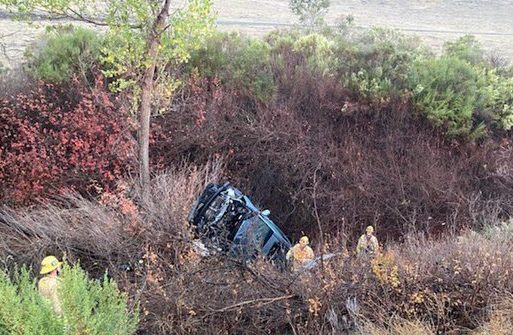 One man was killed after he drove a minivan drove off of Highway 101 near Buellton Tuesday morning.

Shortly before 6:20 a.m., the minivan went off southbound Highway 101 just south of Highway 154 and plunged into a creek, according to the Santa Barbara County Fire Department. Emergency personnel pronounced the victim dead at the scene of the crash. The victim is described as an older man.