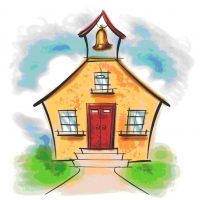 Santa Barbara County Sheriff’s deputies arrested a 51-year-old Santa Barbara man on Thursday for allegedly attempting to kidnap a child outside a school in Carpinteria.

On Monday at approximately 4 p.m., a man was spotted attempting to kidnap a child under 14 near the entrance to the bicycle path by the Carpinteria Middle School. School staff contacted deputies and gave a thorough account of the incident and a suspect description.

Deputies identified the suspect as Elias Maldonado of Santa Barbara, who had an outstanding warrant for his arrest.

On Thursday morning, deputies found Maldonado at a motel on Carpinteria Avenue. Maldonado attempted to flee, but was captured by deputies.

Deputies booked Maldonado in the Santa Barbara County Main Jail on a charge of attempted kidnapping of a child under the age of 14, resisting arrest, and for an outstanding warrant for domestic violence and false imprisonment. He is being held in lieu of $150,000 bail.