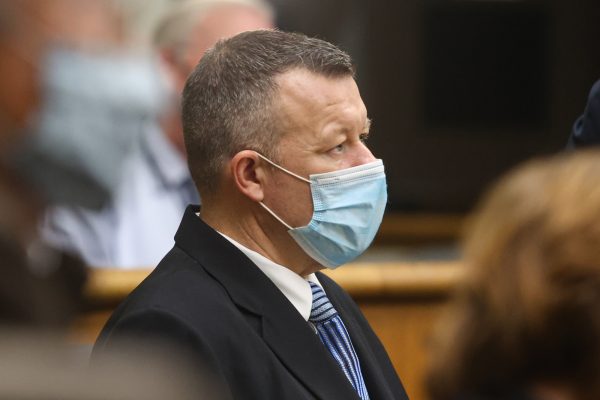 The attorney for Paul Flores, whom a jury convicted last month of the murder of Kristin Smart, has filed a motion seeking to delay his client’s sentencing.

Flores, now 46, murdered Kristin Smart during an attempted rape in 1996 following a Cal Poly frat party. After the party, Flores helped escort Smart, who was found passed out on a lawn outside the gathering, back to her dorm room. She was never seen again.

When interviewed by law enforcement, Flores was sporting a black eye. Investigators determined Flores, who was the primary suspect in the case, lied repeatedly. Even so, it would be years before deputies raided his home.

In a file labeled “practice,” Flores stored homemade rape videos of himself having sex and sodomizing women.

Deputies arrested Paul Flores and his father Ruben Flores in April 2021. Ruben Flores was accused of helping his son dispose of Smart’s body, which prosecutors believe had been buried under a deck at Ruben Flores’ Arroyo Grande home.

Charged with accessory to the murder, Ruben Flores stood trial alongside Paul Flores. Ruben Flores’ attorney Harold Mesick argued there was not enough evidence to convict his 81-year-old client.

In October, a Monterey County jury found Paul Flores guilty of first-degree murder in the killing of Smart. A second jury determined Ruben Flores was not guilty of helping to dispose of Smart’s body.

Paul Flores faces 25 years to life in prison. His attorney has said he will appeal the conviction.