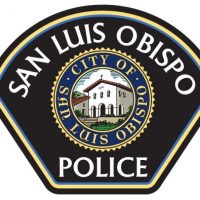 A day after a vehicle crashed in San Luis Obispo, officers found a dog and later two SLO residents deceased in a nearby creek bed.

On Monday, at about 5:30 p.m., the car reportedly struck a curb, a street sign and the abutment of a bridge in the 3400 block of Sacramento Drive. Investigators did not suspect the driver was under the influence of alcohol. Officers completed a traffic collision report, and the car was towed, police said.

Shortly before 5 p.m. on Tuesday, police received a report of a dead dog in a creek bed in the 3400 block of Sacramento Drive. Officers returned to the area of the crash, investigated and attempted to contact the owners of the dog but were unsuccessful. Police made arrangements for the dog to be brought to animal control.

Five hours later, relatives of a couple from SLO reported the pair had not arrived at their expected destination in Modesto. Relatives provided police with photos of the residents, Matthew Chachere, 39, and Jennifer Besser, 36, as well as a picture of their dog.

Officers searched the residents’ home and found it empty with no signs of foul play. Upon seeing the photo of the missing pet, a police dispatcher made the connection between the missing residents and the report of the deceased dog.

Police returned to the heavily wooded creek bed and conducted another search. Officers then discovered the deceased bodies of Chachere and Besser, which were lying under heavy brush.

Detectives have been investigating the scene with assistance from the SLO County coroner’s office in order to determine if there is a connection between the crash on Monday and the deceased individuals. Chachere and Besser’s cause of death is pending a coroner’s report.