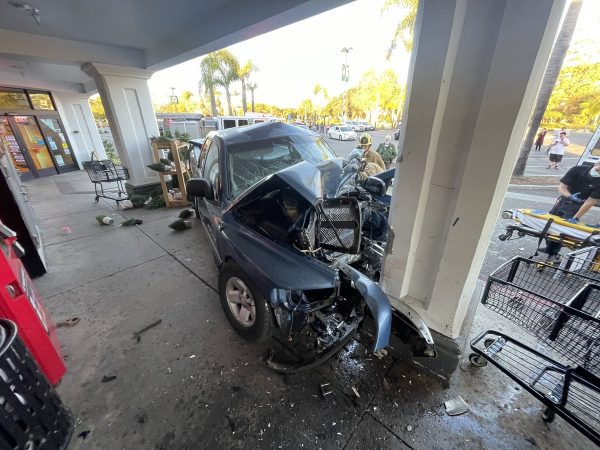 A man suffered major injuries and his dog died after he slammed his pickup truck into a pillar in front of an Albertsons in Goleta on Thanksgiving.

Shortly before 4 p.m. on Thursday, the man crashed into a pillar after driving a Dodge pickup at a high speed in the parking lot at the Albertsons grocery store located by the intersection of Hollister Avenue and Santa Felicia Drive, according to the Santa Barbara County Fire Department. Firefighters arrived at the scene and extricated the driver from the truck. An ambulance transported him to Santa Barbara Cottage Hospital.

The dog succumbed to its injuries sustained in the collision. The crash did not cause structural damage to the building that houses the grocery store, fire officials said.