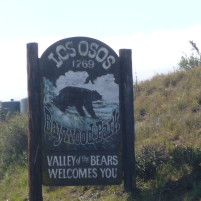 The Los Osos Community Services District Board of Directors plans to discuss turning the bedroom community into a city, and the processes required to move forward, according to its Dec. 1 board meeting agenda.

The Committee to Incorporate Los Osos, which was formed by former director Jon-Erik Storm and resident Kristin Horowitz, is asking the board to apply for incorporation. The committee members are concerned that during redistricting, which occurs every 10 years, Los Osos residents were delayed two years in their ability to vote for a San Luis Obispo County supervisor, the committee said in its request.

In addition, the committee wants a representative from Los Osos on the boards of multiple local agencies, including the San Luis Obispo Council of Governments, the Regional Transit Authority and the Air Pollution Control Board, agencies that are currently headed by five representatives of the county and one from each city.

“A new town would face many challenges, but it would also create many opportunities – most importantly, it would give us a powerful voice in critical questions about our home, over questions of land use and development, the environment, and law enforcement, and strengthen our voice in the vital matter of our water supply,” the committee wrote in its request.

Los Osos district staff is providing two options for the board to take: receive and file a report on the request or direct staff to move forward. In its report, staff questioned if Los Osos, a bedroom community with few retail outlets, has a sufficient tax base.

The state requires a proposed city to have “revenues sufficient to provide public services and facilities and a reasonable reserve during the three fiscal years following incorporation.” Based on current tax and fee revenues, Los Osos would need to generate an estimated $1.7 million per year, or $118 per resident, in new taxes to provide needed revenue to be a city.

In addition, staff determined that preparing and applying for incorporation would cost approximately $200,000.

Even though the Los Osos district may not have sufficient resources to pursue incorporation at this time, the committee members could raise the funds or apply for a loan to fund the incorporation application, according to the staff report.

The Los Osos CSD Board of Directors is scheduled to discuss the option of moving forward with plans to become a city at its Dec. 1 meeting.