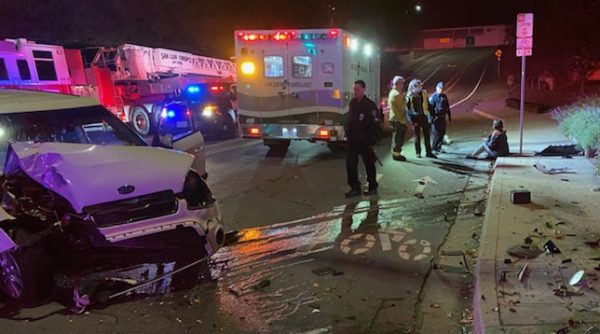 Shortly before 2 a.m., a caller reported a crash at the intersection of Johnson Avenue and San Luis Drive, according to police. Patrol officers arrived at the scene and arrested the driver, Marina Pearce, for DUI.