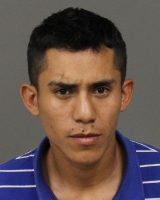 A San Luis Obispo County judge sentenced a 33-year-old Cambria man to 28 years to life in prison for kidnapping and raping a hiker.

On June 27, 2021, Jesus Barajas Valdovinos grabbed a woman hiking on the Santa Rosa Creek Trail south of Windsor Boulevard in Cambria, dragged her off the trail and sexually assaulted her for several hours. Barajas Valdovinos then fled the scene.

The next day, the woman reported the sexual assault. Deputies collected DNA evidence, and for the first time in SLO  County, investigators used an ANDE Rapid DNA instrument for processing. The DNA matched Valdovinos.

After the victim positively identified Valdovinos, deputies arrested him on charges of kidnapping, rape, battery and false imprisonment.

During the sentencing hearing, the victim delivered a written statement to the court describing the impact of the assault on her well-being, noting the anxiety, paranoia, and heavy emotional trauma caused by the attack. The judge described the incident as one of the most depraved acts the court has seen and that a life sentence is justified.

In addition to serving his prison sentence, Barajas Valdovinos is required to register as a sex offender for life.

“The unthinkable violence committed against this woman warrants the maximum prison sentence,” District Attorney Dan Dow said in a statement. “We applaud the remarkable courage of the survivor in reporting the crime and participating in the process that ultimately brought this sexual predator to justice.“