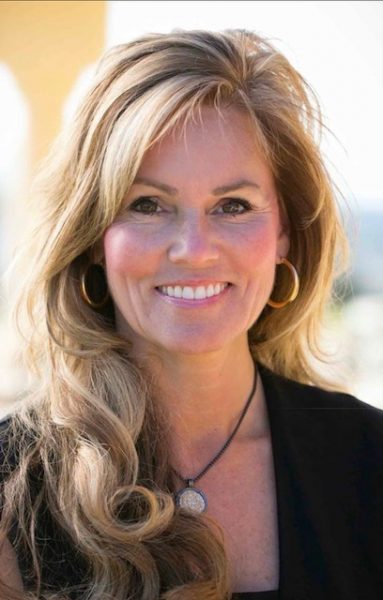 The San Luis Obispo County Board of Supervisors voted on Tuesday to no longer recognize the controversial Oceano Advisory Council after several years of the group of four unelected members overstepping their bounds and allegedly harassing others.

Advisory councils generally review projects before the SLO County Board of Supervisors or Planning Commission, and then provide the county with recommendations. While advisory councils advise county officials on issues impacting their community, they cannot direct actions.

In 2021, the county recognized the Vitality Advisory Council of Oceano as a community advisory council to the county. The members of the new group had voiced concerns that the Oceano Advisory Council, which was formed 25 years ago, did not appropriately reflect a cross section of the community.

Since then, the Oceano Advisory Council has overstepped its authority by promoting issues not in front of the county. For example, the group has worked to shut down the Oceano Airport, an issue not in its purview.

Claiming it is an arm of Supervisor Lynn Compton’s office, the Oceano Advisory Council has contacted state offices such as the Coastal Commission, seeking meetings to discuss operations at the airport.

Compton responded to multiple failures of the council to operate under approved guidelines and allegations of incivility and bullying by asking her fellow supervisors to no longer recognize the council.

The members of the Oceano Advisory Group and several other speakers asked the board to refuse Compton’s request, while claiming Oceano was underrepresented by the county.

Charles Varni, chair of the Oceano Advisory Group, said that Compton treated Oceano like a doormat. He then spoke about social justice before mentioning the board was probably going to see some embarrassing videos of his group.

In one of the videos, a councilmember informs the group that Tribune commenter Tom Fulks said he would have the Tribune cover their issues. In another video, they argue and scream at each other before members start leaving the meeting.

Both Varni and the group’s vice chair April Dury have demeaned Compton for more than a year, while promoting Compton’s opponent Jimmy Paulding. They argue that Oceano has missed out on funding and that Compton ignores their needs.

During an almost two hour speech, Compton showed the public videos of the group screaming and acting inappropriately; read obnoxious emails, posts and letters the group created, and provided information that refuted Varni and Dury’s claims.

For example, during the past eight years with Compton on the board, the county spent more money in Oceano than in any other rural community.

In support of booting the council, multiple speakers voiced concerns over the council members’ rude, disrespectful and divisive behavior.

Karen White, a recently retired member of the Oceano Community Services District, said she quit the Oceano Advisory Council board because of the personal attacks on others and its disorganization. White said that even though her politics were not in line with Compton’s, she was appalled at the way the group treated their supervisor.

Supervisor John Peschong said it was an issue of civility. He then apologized to Linda Austin, who members of the council had called a fascist and a Nazi for supporting law enforcement.

Supervisor Debbie Arnold said that all citizens can voice their views, “but it is the conduct under the county’s name.”

Arguing to keep the advisory council, Supervisor Bruce Gibson attempted to blame Compton for the council members’ bad behavior. Gibson then claimed Supervisor Dawn Ortiz-Legg was the supervisor for Oceano.

In the end, the board voted 3-1 to no longer recognize the controversial committee, with Gibson dissenting. Ortiz-Legg abstained saying she wants to discuss modifying county rules for advisory councils.