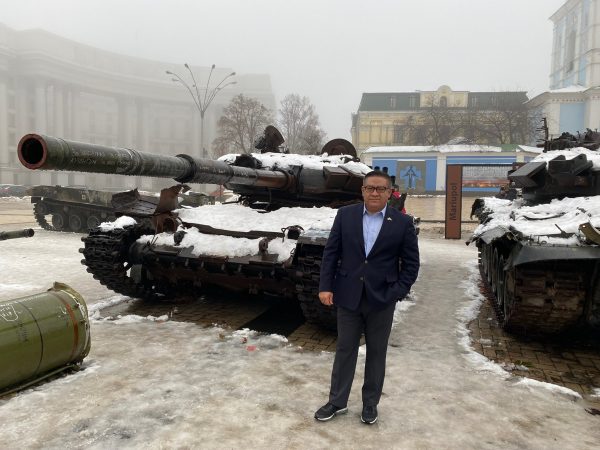 Central Coast Congressman Salud Carbajal visited war-torn Ukraine with a bipartisan congressional delegation over the weekend, after which he announced his commitment to promoting support for the country in Congress.

“This weekend, I traveled to Ukraine as part of a bipartisan delegation from the House Armed Services Committee to see firsthand the human costs of Putin’s unprovoked war in Ukraine and meet with members of Ukraine’s government and armed forces,” Carbajal stated in a tweet on Tuesday. “Our bipartisan delegation met with Ukraine’s civilian and military leaders as well as everyday Ukrainians — all of whom wielded a resolve to defeat their invaders that is undeterred by the rapidly-descending winter. The tenacity of their grit and their hope impressed us all.”

While Congress is finalizing funding bills this week, Carbajal is committed to sharing what the delegation saw and heard, the congressman said. He will also reaffirm in Congress the need to stand with Ukraine and continue humanitarian and security aid from both the United States and its allies Carbajal said.

Carbajal tweeted a photo of himself in central Kyiv, along with photos of him meeting with officials.