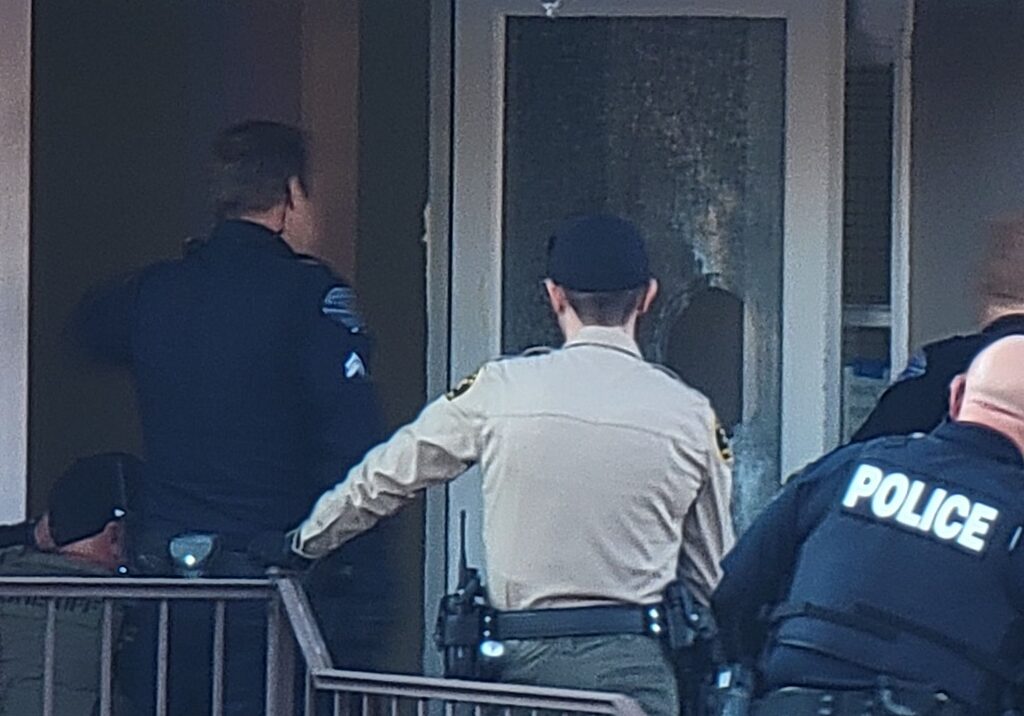 Shortly after 3 p.m., a caller reported an alleged assault on Morro Road near Highway 101. When officers arrived they were informed that the man who was involved in the assault had picked up a wooden 2X4 before breaking into an abandoned building next to the McDonald’s restaurant.

Law enforcement officers and deputies surrounded the building and attempted to communicate with the suspect. He refused.

After a short standoff, officers and deputies entered the building and attempted to arrest the suspect who was still holding the 5-foot piece of wood. A SLO County Sheriff’s K-9 and a taser were used to apprehend the suspect.

Officers transported Gary Staub by ambulance to Twin Cities Community Hospital in Templeton for treatment of injuries he sustained during the arrest. A few hours later, officers booked Staub in the SLO County Jail on charges of making terrorist threats, burglary, assault and resisting arrest. He remains in jail in lieu of $50,000 bail.