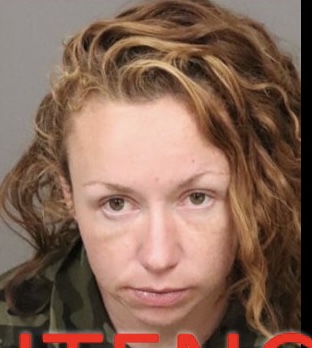 A judge sentenced a 30-year-old San Luis Obispo woman to four years in prison this week for her part in her 3-year-old son’s death from a fentanyl overdose.

On May 4, Jennifer Mae Niemann called 911 to report her son was unresponsive, turning blue, and not breathing at a home in the 1600 block of Mill Street. Firefighters arrived at the scene and immediately started life-saving efforts.

Over a period of months, investigators gathered additional information that Niemann’s actions allowed access to fentanyl, directly leading to her son’s death. The child had been in the sole custody and control of Niemann for many days before his death, according to the SLO County District Attorney’s Office.

San Luis Obispo police detectives located Niemann in San Diego, where they arrested her on charges of willful cruelty resulting in death, inflicting great bodily injury during the commission of a crime and multiple possession charges.

Prosecutors charged Niemann with a single count of child endangerment resulting in death. Niemann pleaded guilty to the lone count.

Niemann faced up to six years in prison, which prosecutors argued she should receive.

At Niemann’s sentencing hearing, Deputy District Attorney Danielle Baker read to the court a statement written by the father of the deceased child that described his son as very happy, energetic and healthy. The father also described the confusion and betrayal he felt when he learned that his three-year-old son had overdosed on a narcotic that is 50 times stronger than heroin.

Videos were also shown, depicting the child as healthy, active and charismatic. The final video showed the child singing happy birthday to his father the day before his death.

“Drug use is not a victimless crime. The life of this precious 3-year-old child was tragically taken away as a result of his mother’s use of illicit drugs and recklessly exposing her child to them,” District Attorney Dan Dow said in a statement. “Our office stands ready to aggressively prosecute anyone who abuses drugs and harms others in our community. To anyone selling illicit drugs in our community, know this: we are looking for you, we will find you and you will be held accountable. “