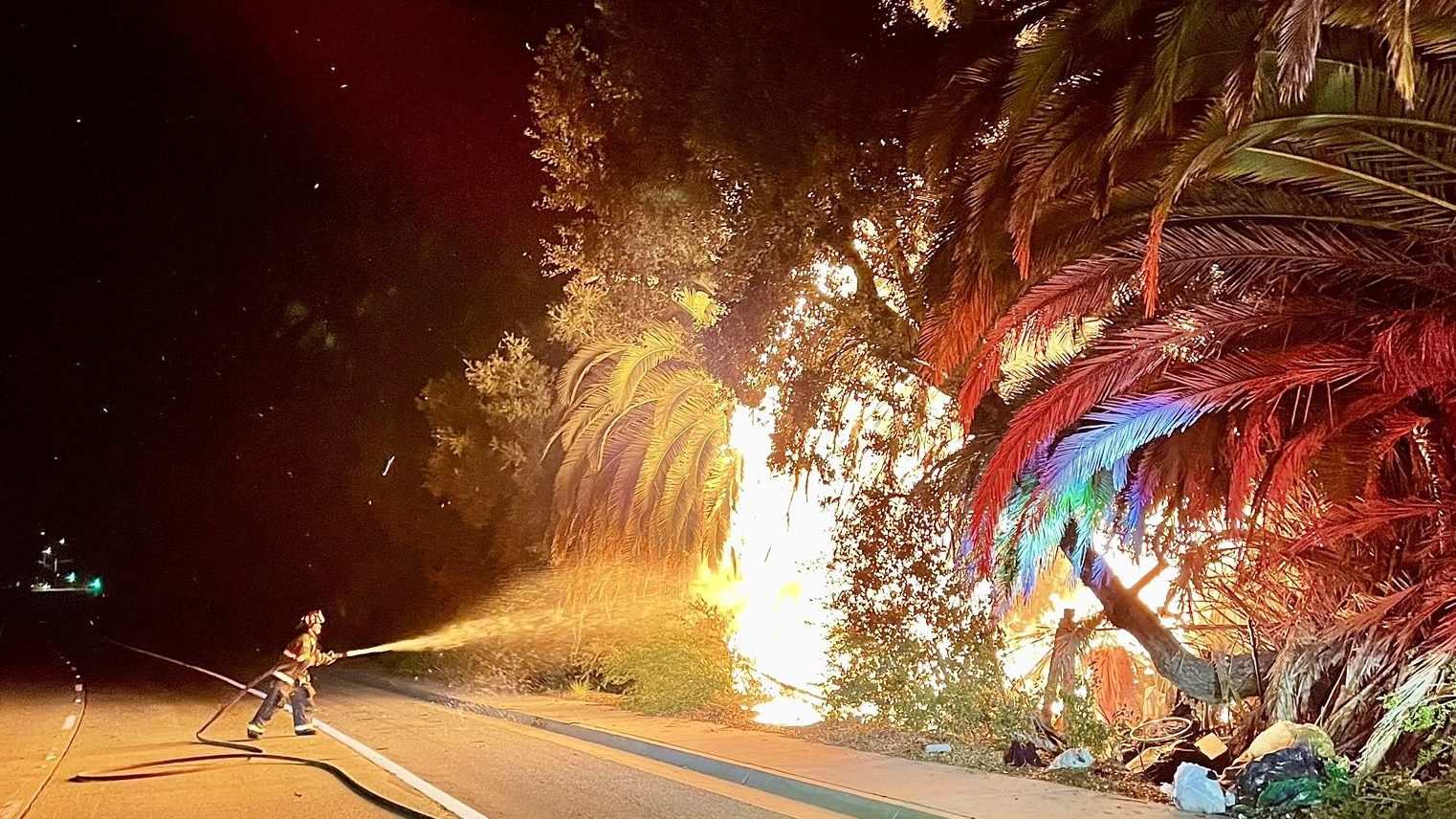 A fire broke out at a homeless encampment in San Luis Obispo Thursday evening and spread to palm trees before firefighters extinguished the blaze. .

Shortly before 9 p.m., a caller reported the fire burning at an encampment by Santa Rosa Street and Boysen Avenue near Cal Poly, according to the San Luis Obispo Fire Department. Firefighters battled flames in the palm trees and extinguished the fire, preventing it from spreading farther.

There were no reports of any injuries as a result of the blaze. The exact cause of the fire has not yet been determined.