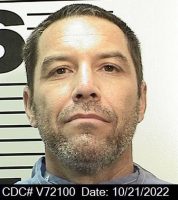 A judge on Tuesday rejected Scott Peterson’s request for a new trial, ruling his convictions for the murders of his wife and unborn child will stand.

Peterson had been seeking a new trial based on allegations of misconduct committed by a juror in his 2004 murder trial. But, San Mateo County Superior Court Judge Anne-Christine Massullo ruled the juror did not commit misconduct. Peterson cannot appeal the ruling, but his legal team can submit new evidence in the case.

Scott Peterson also attended Cal Poly at the same time as Kristin Smart and was once investigated for a possible connection to Smart’s disappearance, but was ruled out as a suspect in the case. Recently, the defense attorney for Paul Flores attempted to make the argument that Peterson was a possible suspect in the Cal Poly student’s disappearance. But, a judge did not allow it, and in October, Flores was convicted of Smart’s murder.

In Aug. 2020, the California Supreme Court overturned Peterson’s death sentence after determined individuals who could have served on the jury were wrongfully dismissed after they indicated objections to the death penalty. Then in Oct. 2020, the state Supreme Court ordered San Mateo County Superior Court to determine whether a juror committed prejudicial misconduct by failing to disclose her prior involvement with other legal proceedings, including being the victim of a crime.

Juror Richelle Nice did not disclose she had obtained a restraining order against her boyfriend’s ex-girlfriend for harassing her when she was pregnant. Nice was initially an alternate juror in Peterson’s trial, but she replaced a discharged juror during deliberations. Later Nice, along with several other jurors, published a book about their experience during Peterson’s trial.

Peterson’s lawyers said Nice filed a lawsuit to obtain a restraining order against her boyfriend’s ex-girlfriend after, in 2000, she was threatened by her while four and a half months pregnant. Based on Nice’s charges, the attacker was tried, convicted and sentenced to a week in jail, according to Peterson’s legal team.

Nice was one of two holdouts for convicting Peterson of first-degree murder of his unborn child, Peterson’s lawyers said.

In Tuesday’s ruling, Judge Massullo wrote that Nice’s responses to a juror questionnaire were not motivated by pre-existing improper bias against Peterson, “but instead were the result of a combination of good faith misunderstanding of the questions and sloppiness in answering.”

Peterson was taken off death row and moved from San Quentin State Prison to San Mateo County Jail in Nov. 2021. Prosecutors opted not to seek another death sentence for him.

In Dec. 2021, a judge sentenced Peterson to life in prison without the possibility of parole for his wife’s murder, plus a concurrent sentence of 15 years to life for the second-degree murder of their unborn child.

Following the issuance of his new sentence, Peterson remained in San Mateo County Jail for several months. Earlier this year, he returned to San Quentin, though not the death row housing unit.