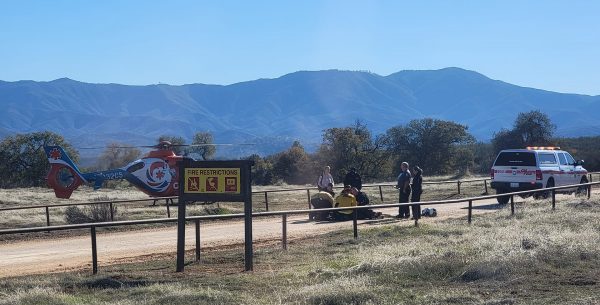 A helicopter airlifted an injured dirt biker off of a trail near Santa Margarita on Wednesday afternoon. The dirt biker crashed while riding on the Pozo Summit Trail and could not ride back to the trailhead, according to the CHP.

At about 12:20 p.m., Cal Fire requested a CHP helicopter because of the remote location of the injured biker. An H-70 helicopter crew responded and conducted a hoist rescue.

The helicopter lowered a rescue worker, who placed the biker in a harness. The H-70 hoisted the biker off the trail and brought him to a location by Highway 58 and Red Hill Road, where he was transferred to a CalStar 7 helicopter. The CalStar helicopter transported the biker to an undisclosed location for treatment.