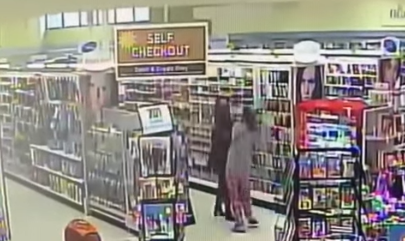 A woman who assaulted her stepson’s mother during a child exchange in Atascadero was sentenced last week to 20 days as part of a plea agreement.

Kate Slater pleaded no contest to a charge of battery with serious bodily injury. San Luis Obispo Superior Court Judge Barry LaBarbera then sentenced Slater to 20 days, which he is permitting her to serve at home.

In Dec. 2020, Slater accompanied her husband to a shopping center in Atascadero to take the child for a visit. Following the hand-off, Slater followed the child’s mother into the Rite Aid on El Camino Real.

Slater then beat the woman’s head on the ground, causing a concussion and a neck sprain. CalCoastNews is not providing the parents’ names to protect the child.

As the child’s parents battle over custody of the now 6-year-old boy, he attempted to harm himself while at school.

Following a CalCoastNews article regarding the assault and other issues, the father called a reporter with claims that the video shows that his wife is the victim, and that his child’s mother threw the punch, false claims he also posted on social media. Several videos of the incident show that Slater is the assailant.

During the sentencing hearing, Judge LaBarbera dropped the criminal protective order put into place by the SLO County District Attorney’s Office. The judge did, however, order that during her one-year probation, Slater not have any direct or indirect contact with her victim.