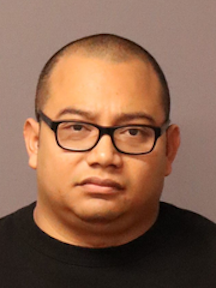 Nelson H. Galvez, 34, drove from Ventura County to Santa Maria to meet a person he believed was a minor, according to the Santa Maria Police Department. Authorities arrested Galvez at about 9:30 a.m. in the 1000 block of E. Main Street in Santa Maria.

Detectives and agents took Galvez into custody for communicating with and attempting to contact a minor with the intent to engage in sexual acts. Officers booked Galvez in Santa Barbara County’s Northern Branch Jail with his bail set at $100,000.

Santa Maria detectives are concerned Galvez may have been in contact with other potential victims. Investigators are asking anyone who may have additional information about the case is to contact Detective Julia Tatarian at (805) 928-3781 ext. 1614.