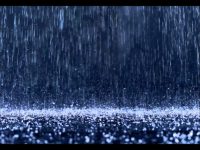 The spill started at about 5 p.m. and city workers stopped the release less than two hours later.

Public health officials are warning residents to avoid contact with creek and ocean water during and after the storms because of high levels of disease-causing organisms, such as bacteria, viruses and protozoans coming from the watershed and urban areas. Young children, older adults, and people with compromised immune systems are especially vulnerable to these waterborne pathogens.