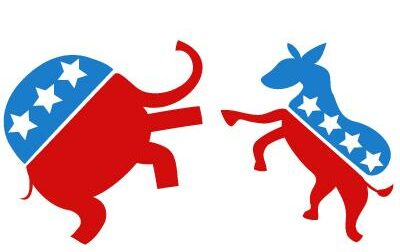 To say 2022 was an eventful year in San Luis Obispo County would be an understatement. The top 10 stories of 2022 include the SLO County Board of Supervisors moving left, Diablo Canyon remaining open, and San Simeon board agrees to pay officials legal bills.

4. The SLO County Board Of Supervisors swings left

Following one of the nastiest election seasons in recent history, the San Luis Obispo County Board of Supervisors now has a liberal majority led by supervisors Bruce Gibson, Dan Ortiz-Legg and Jimmy Paulding.

Gibson’s reelection insured a liberal balance of power on the board.

Expect major changes with Gibson already disclosing plans to begin water banking in the Paso Robles water basin and to stop county counsel from continuing the legal battle against a group that filed suit regarding redistricting boundaries.

After 40 years in operation, Diablo Canyon Nuclear Power Plant was set to be decommissioned in 2025. Diablo Canyon currently provides 10% of California’s electric power.

Earlier this year, then Republican Assemblyman Jordan Cunningham and Democratic SLO County Supervisor Dawn Ortiz-Legg called for officials to consider whether Diablo Canyon should remain open at least 10 years past its scheduled decommissioning.

In April, California Gov. Gavin Newsom announced he was looking into keeping Diablo open beyond its planned 2025 closure.

Shortly afterwards, lawmakers approved a $1.4-billion loan to PG&E to help the utility extend the life of Diablo Canyon. Newsom said the extension is critical to ensure statewide energy system reliability as the state moves away from fossil fuels.

The Biden administration announced in late November plans to give Pacific Gas & Electric a $1.1-billion grant to help the company keep operating Diablo. Portions of the $1.1-billion grant could be used to pay back the state’s $1.4-billion loan.

The extension of the plant will temporarily save 1,500 primarily local jobs, according to the U.S. Department of Energy.

With lame duck directors, then legal counsel Jeffrey Minnery asked the San Simeon Community Services District Board to pay an additional $141,000 in legal bills for the district manager, bills related to a SLO County District Attorney’s Office investigation. The board then voted to pay the legal bills.

The complaint accuses Charlie Grace and his company Grace Environmental Services, which is paid to manage the district, of unfair and illegal business practices.

Concerned that Minnery appeared to be working primarily to support Grace and special interests at a cost to the ratepayers, the new directors sought to have the review of legal counsel placed on the agenda. However, Grace denied their request and Minnery submitted his resignation, “effective as soon as new counsel can be appointed.”

“It has been a pleasure to work with you over the past several years,” Minnery wrote in his Dec. 5 letter of resignation. “I suggest the board seek new representation as quickly as possible.”