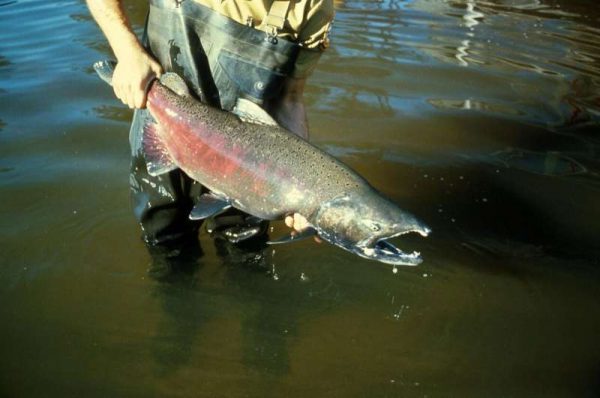 2022 marked the worst spawning season ever for the winter-run Chinook salmon. Researchers suspect that may be the result of salmon feasting too heavily on anchovies, which in turn, is causing a vitamin deficiency.

Anchovies are now swarming the California coast in record numbers. Anchovies carry an enzyme called thiaminase, which breaks down the essential vitamin thiamine, also known as vitamin B1.

In humans, critical deficiency of thiamine, or vitamin B1, can lead to heart failure and nerve damage. Female salmon that are returning to rivers and streams to spawn can pass on thiamine deficiency to their many hatchlings, which suffer problems swimming and experience high rates of death.

Scientists are trying to determine why the anchovy population has exploded off the California coast and why winter-run Chinook seemingly ignore all other prey.

“The very unusual thing about their diet is that it’s been so focused on anchovies and so lacking in other things that historically they have been found eating,” said Nate Mantua, a fisheries researcher with the National Marine Fisheries Service in Santa Cruz. “It is something we don’t have great information on.”