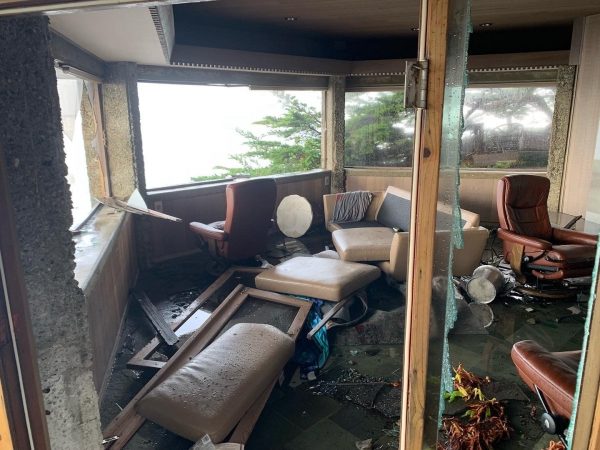 A very large wave slammed into a house in Cambria Thursday morning, shattering windows and injuring a person inside the home.

The wave struck a house along Sherwood Drive at about 10 a.m. It shattered the waterfront windows of the house and knocked over a resident inside the home. The person suffered minor injuries, according to the Cambria Community Services District.

Cambria firefighters, an ambulance crew and Cal Fire personnel arrived at the home. The injured resident chose not to be transported to the hospital. The individual is expected to fully recover.

The wave caused water damage throughout the home. The Cambria CSD is reminding residents of the dangers that exist along the community’s coastline.

“We have one of the most gorgeous beachfronts, but with that beauty comes a need to be vigilant of changing water and weather conditions,” the CSD said in a statement. “The recent weather event has brought high tides and waves to Cambria and everyone should take extra caution near the coastline.” 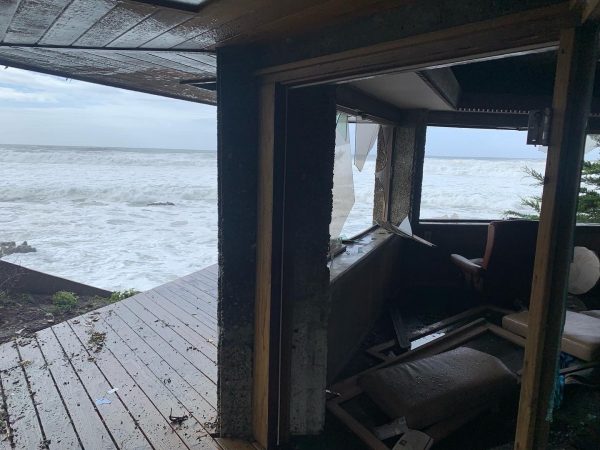