Heavy rains destroyed a retention basin in Los Osos on Monday, leading to hundreds of thousands of gallons of water and mud crashing into Vista de Oro Estates. The force of the rushing water and mud filled homes with up to three feet of debris.

More than a half-century ago, developers built the Cabrillo Estate subdivision on a hillside on the way to Montana de Oro. The retention basin was constructed at the base of the Cabrillo Estates to protect neighboring, lower-elevation properties. 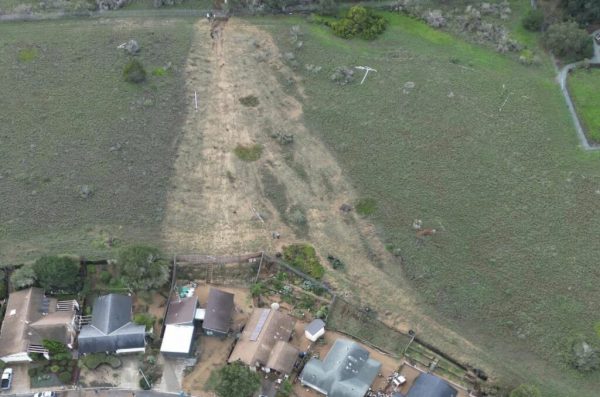 During Monday’s atmospheric river, the rubber liner tore and the berm on one side of the basin burst. A raging river of water and mud then slammed into homes on Vista Court.

Water rushed through the back of the closest homes. The force was so great, water and mud pushed cars from garages and moved yard furniture and barbecues up to a half mile away. 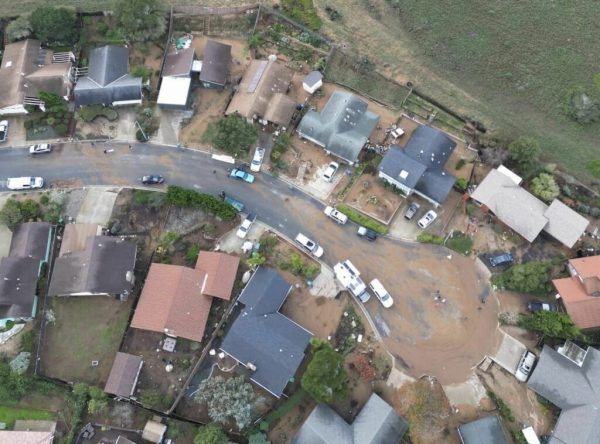 The raging water and mud damaged 20 homes, though it is not currently known if the homeowners are eligible financial assistance.

Los Osos Community Services District staff said they checked the basin on Monday, and it was not full. It is unknown at this time if the district was providing proper upkeep of the basin.

With a new atmospheric river headed towards California, district staff is attempting to temporarily remedy the Cabrillo Estates’ drainage issue.